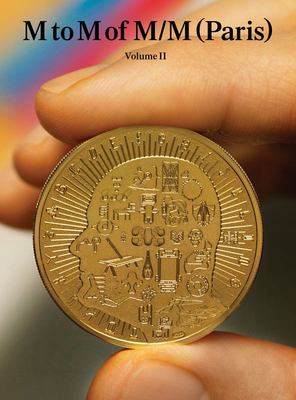 French-born Michael Amzalag and Mathias Augustyniak established M/M (Paris) in 1992 with the aim of expanding the notion of what an image could be. Originally working for small independent music labels, the pair caught the attention of the fashion world through collaborations with Yohji Yamamoto and Nicolas Ghesquiere at Balenciaga, and later producing advertising campaigns for Jil Sander, Givenchy, Stella McCartney, Loewe, and Calvin Klein. The duo has formed long-term collaborations with musical artists, including Madonna and Bj rk. Each work M/M produces is unique, and the pair have pushed the boundaries of graphic expression for over twenty-five years, often superimposing surrealist collages or drawings in order to create an effect that is entirely their own.This new monograph showcases hundreds of projects from the past decade of M/M's illustrious career. Featuring interviews with major collaborators, such as Peter Saville, Steven Meisel, Miuccia Prada, Jonathan Anderson, and Hans Ulrich Obrist, the book presents projects alphabetically, but starts in the middle with the letter M, a nod to the pair's experimental use of typography. This text is a thought-provoking insight into the work and minds of one of the world's most intriguing and distinctive graphic-design studios.