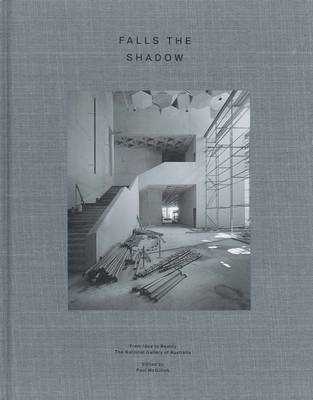 ***AUSTRALIAN TITLE*** The National Gallery of Australia is arguably both the most fascinating and the most contentious building in Australia. No book, however, has ever been published on this remarkable work of modernist Australian architecture until now. 'Falls the Shadow: From Idea to Reality, The National Gallery of Australia' documents the controversy, challenges and accomplishments of this radical building - and the ultimately unsuccessful attempt by the building s lead architect, Col Madigan, to participate in the revisions to the gallery by a succession of NGA Directors over a 20-year period. Featuring 11 essays by a range of voices from the Australian architecture community, from Daryl Jackson to Richard Goodwin and from Angelo Candalepas to Jennifer Taylor, a picture is formed of an under-appreciated modern Australian milestone. With photography by Max Dupain, the book tells a story that has passion, contradiction and even melodrama and reflects the personality of the man whose vision drove the enterprise. The gallery is Col Madigan's masterpiece, but also, the nation's masterpiece."
AUTHOR: Paul McGillick is the Editorial Director of Habitus and Indesign magazines, and is a well-known and respected commentator on Australian architecture and design. Illustrated throughout